However, there’s a problem with this advice: Having a meeting agenda often doesn’t fix the root causes of what makes a meeting bad, unproductive, unengaging, or boring.

Granted, it’s true that many meetings are bad because they have no plan. And, yes, having a meeting agenda will partially solve that problem. But that meeting agenda is only a “meeting map.” And it’s not necessarily a map that takes you through the right points of interest or even ends at the right location. Have you ever plotted out a map to a destination only to discover that you’ve driven right into a traffic jam or the road was closed? Have you plotted out your route only to arrive an have someone tell you that there was a much better way to get there?

But, assuming you have the right map that takes you through all the correct waypoints and arrives at the correct destination, it doesn’t address a few fundamental issues that are inherent in this kind of journey: Simply having a meeting agenda or a meeting map doesn’t address what’s going on in the metaphorical car as you’re on the trip.

Indeed, two meetings can have the same exact agenda and attendees, but turn out very differently because of how the leader facilitates the meeting and how the group responds. It’s not uncommon for a meeting agenda to have a bullet for “brainstorm new ideas.” That might be new products, new events, new sales techniques, new fundraising strategies, better ways to recruit talent, ways to cut costs, etc. But in Meeting #1, the manager doesn’t know how to “drive the car” so to speak. That meeting gets to the bullet point, the manager asks for ideas, and the half-dozen attendees in the room make a few meek, uninspired suggestions which are duly recorded on a whiteboard. There’s no energy. Not everyone shares an idea. One person dominates the conversation with mediocre ideas and tangential stories.

Compare this to Meeting #2: It’s the same meeting in the same room with the same people and the same mapped-out agenda … but with a leader who has a better sense for how to drive the car. Let’s say that the leader uses a simple Brain Writing technique. In a few minutes, there are dozens of ideas to choose from and they come from everyone in the room. In this case, even your shy colleague at the end of the table who rarely speaks is able to contribute. On the other hand, your coworker who tends to dominate discussions is not able to do so. This new pool of ideas is way more plentiful and more diverse than those generated in the parallel Meeting #1. The outcome is much different — even though both meetings were working from the exact same agenda.

All that is to say that you can map out the same route, but what happens during the ride is what truly makes a meeting more produtive, engaging or fun. The same trip with the same mapped-out plan could be one where people really bond, share, and enjoy the trip – or it could be one where everyone sits in awkward silence or one where one boorish passenger complains the whole way.

In the end, should you have a meeting agenda? Yes, certainly. Should you have clear meeting objectives that justify bringing people together? Yes, for sure. But does that mean a meeting will be good? Not necessarily.

The good news is that while only having a mapped out agenda won’t lead to better meetings, learning to be a better driver and learning how to include the people with you on the trip are relatively simple. And it’s easy to make big gains quickly in these areas with some basic meeting training. 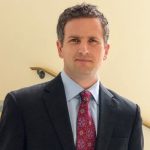 The training and advice have been easy to implement in my day-to-day gatherings, board meetings, and even our conference. But, more than that, it’s gotten me to really think differently about how to significantly improve our meetings in new ways.